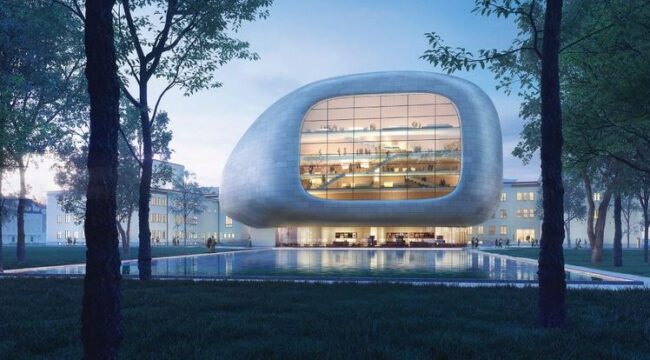 “The winning entry is an amazing work of architecture.” A New York studio has won the competition to design Ostrava’s new concert hall.

In August of last year, the City of Ostrava launched one of the most important architectural competitions in its history – for a brand-new concert hall. A building of this scale and importance will give an immediate and enormous boost to the city’s cultural prestige. For most people, Sydney will always be associated with its iconic opera house, and Berlin’s Philharmonie is not only a wonderful cultural venue, but also a much-admired example of experimental architecture. Ostrava’s new concert hall is on course to be a brilliantly creative work of architecture which will attract orchestras and audiences from all around the world.

The winning design – selected by the competition jury – was submitted by the New York-based studio Steven Holl Architects + Architecture Acts.

Ostrava’s Mayor Tomáš Macura explained the project’s importance to the city: “By building a new concert hall, Ostrava will raise its profile as a cultural centre, enabling us to stand side by side with other major cities that already boast venues of this calibre. A concert hall with top-quality architecture and excellent acoustics always stimulates a city’s cultural and educational scene, as well as being a magnet for tourism. Besides its highly original architectural form, the winning design also features fascinating (and quite challenging) technical concepts which minimize environmental impacts, so the hall will be a highly sustainable structure with low operating costs. The last genuinely large-scale concert hall built in the Czech Republic was the Rudolfinum in Prague, but that was way back in the late 19th century. I am confident that our concert hall will attract musicians and audiences for at least as long as its Prague counterpart has done – thanks to the new hall’s outstanding architecture, peerless acoustics and its role as a hub for musical life in the region and far beyond.”

The competition jury met to evaluate the entries on Monday 1 – Tuesday 2 July. The members of the jury included renowned architects, invited experts and representatives of the City. The chairman of the jury – the internationally respected architect Krzysztof Ingarden – explained the final decision: “Why did we choose this design? Quite simply, it was the best. It’s an amazing work of architecture which very successfully handles the relationship between the existing cultural centre and the new building, as well as the interconnections between the concert hall and the city itself – including the park behind the current building. I’m sure that the winning design will become a prominent emblem of Ostrava, helping to breathe new life into the city.” 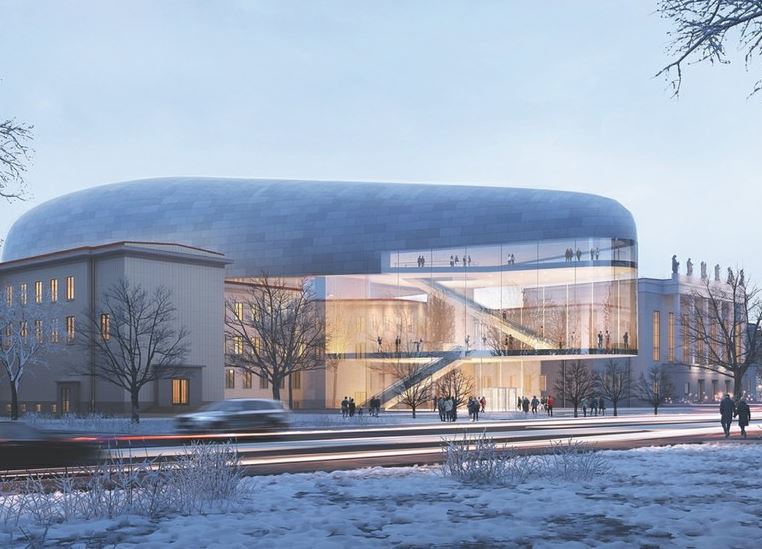