This project concerns the section of Místecká Street adjacent to the Integrated Safety Centre and the Tatran sports hall; its goal is to eliminate transportation-related barriers that currently separate adjacent districts of the city. The project is one of the City’s key priorities in the field of transport and traffic.

The revitalization addresses one of the most pressing transport problems in Ostrava. For many years, the City has opposed a solution originally proposed by the national road management authority (ŘSD), which involved the construction of tall barriers to reduce noise levels in the areas flanking this major urban artery. This solution would have been inappropriate in a location so close to the city centre, and it would have created yet another undesirable spatial barrier. Instead, the City presented its own proposal: the road will be partially sunk below the level of the surrounding land, and it will be partially covered to ensure that it does not act as a barrier but in fact creates an enlarged area of public space – without compromising compliance with statutory noise limits. The City has paid for an investment study to investigate the viability of this option. Preparations are continuing on the basis of this study, and the road management authority is currently revising its proposed solutions and updating its assessment of the proposals’ viability.

The completed investment study was submitted to the road management authority in March 2019. The City subsequently elaborated a study assessing the financial viability of the proposed solution. The management authority commissioned the Ostrava-based civil engineering company SHB a.s. to draw up project documentation; the technical study was completed in May 2021, and the authority subsequently updated its planning documentation on this basis. The new plans adopt the City’s proposals: the road (which currently has just two lanes at the location) will be widened to create a four-lane highway; a ramp will be built connecting it to the Českobratrská St. bridge; and the road will be part-covered for a section of around 460 metres.

The section of Místecká St. (road no. I/56, which as a Class I road is managed by the national authority) between 28. října St. and Českobratrská St. is the last part of this major cross-urban artery to have just two lanes. Attempts to solve this problem have been made for over two decades, but all the proposed solutions have proved unviable, for two sets of reasons. Firstly, the proposals have been unable to guarantee compliance with noise limits; the regional public health authority has forced the reversal of two land use decisions due to this deficiency. Secondly, the proposals have been unacceptable from the perspective of urban planning and architectural quality: in order for the city to develop, it is essential to remove barriers between its individual districts and to create effective links for pedestrians, cyclists and road traffic, exploiting the full potential of development areas and vacant lots as well as creating high-quality public spaces. A four-lane highway flanked by noise barriers many metres tall (or a highway covered with a simple concrete roof structure) would have gone entirely against these principles, so such solutions were unacceptable to the City. 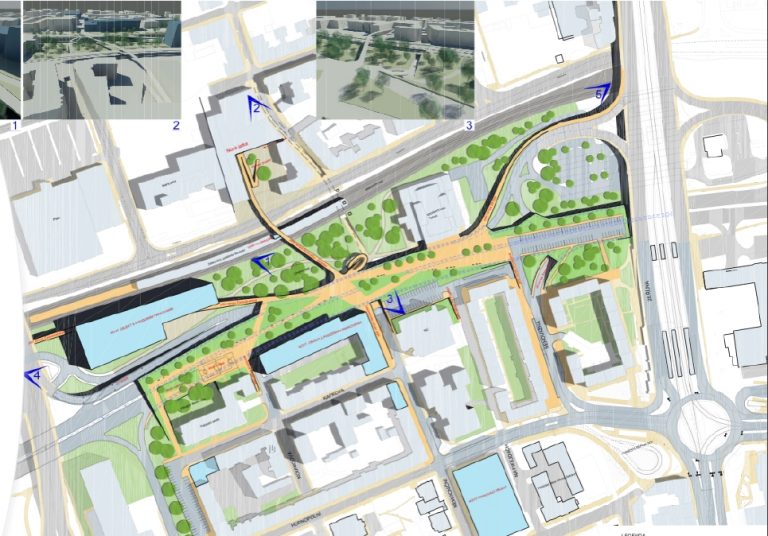 The sunken section of Místecká Street

In response to these challenges, in 2019 the City of Ostrava presented its own proposals, which combine acceptable solutions both with regard to traffic flow and with regard to architectural quality and public spaces.

The solution is based on sinking the road partly below ground level, routing it through a cutting that will be partially covered. This is in accordance with the demands of urban development, as it will create links between areas that are currently separated by barriers (Místecká St., Českobratrská St., the railway line, the Frýdlantské mosty bridge complex). It will bring a number of benefits:

An agreement will now be signed between the City of Ostrava, the Moravian-Silesian Region and the national road management authority (ŘSD); this is an essential precondition for the project to be approved by the central government’s transport committee, for work to begin on documentation for the construction permit, and for the provision of state funding. The road management authority is currently updating its assessment of viability. A technical study has already been completed, and an agreement has been reached on the allocation of funding by the state, the City of Ostrava and the Moravian-Silesian Region. Construction work is expected to begin in 2026–2027, and the estimated total costs (planning, documentation, construction) are 1.856 billion CZK. Of this sum, the construction will cost 1.36 billion CZK (excl. VAT): Ostrava will pay 111.5 million CZK and the Moravian-Silesian Region 67.5 million. The City’s investments in related infrastructure (roundabouts, footbridges, pavements and other public spaces) will be 173.8 million CZK.

The project will also include a new Park & Ride (P+R) facility under the Frýdlantské mosty bridges, with a capacity of 201 vehicles and public transport connections. A new access point to the Tatran sports hall will also be created, as well as an elevator for the public transport connection and extensive new greenery. As part of the process, project documentation will be compiled, followed (in 2021) by documentation for the land use decision and other documentation.

This project is closely integrated with other projects in the vicinity: the Náměstí Republiky transport interchange, the new parking garage at Ostrava City Hospital and the modernization of the Důl Hlubina tram stop. 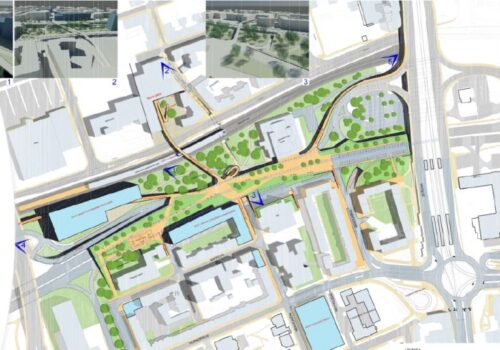 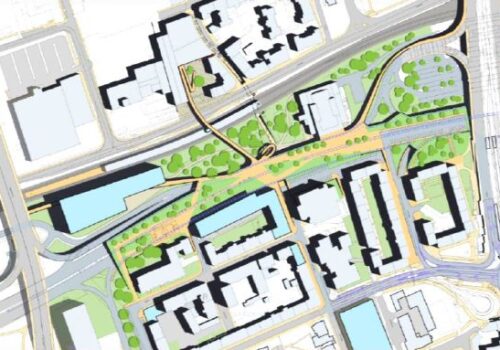 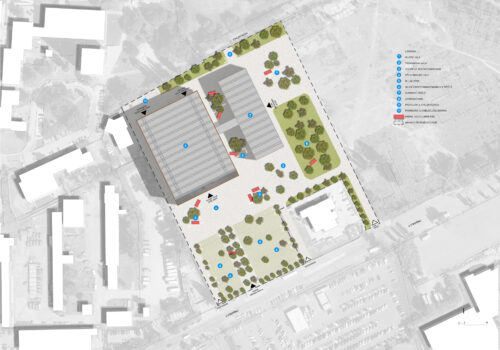 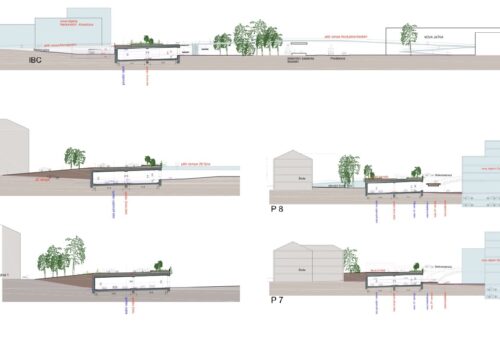