The large-scale investment project entitled “Connecting the city centre with the Nová Karolina quarter” will address transport infrastructure within Ostrava’s city centre, emphasizing the City’s commitment to high-quality public transport, safe spaces for pedestrians and cyclists, environmentally sustainable approaches and the implementation of high-quality architecture and urban planning solutions.
In 2019, detailed investment plans for the project were drawn up by the Dopravoprojekt studio. The plans address the entire length of the connecting axis from the remodelled Pivovarská Street (Nová Pivovarská) to the Karolina quarter. The project documentation was divided into several separate parts each representing one phase of the implementation; the phases will be implemented separately from each other to create an integrated whole.

Phase 1 – Pivovarská Street remodelling
The remodelled Pivovarská Street (Nová Pivovarská) is conceived as a link between the Ostravice River embankment (Havlíčkovo nábřeží) and the square outside the Antonín Dvořák Theatre (Smetanovo náměstí). It will follow the line of the existing street. The Fildman projekt studio was selected via a public tender to compile the documentation for the land use decision and subsequent technical documentation for the construction itself. In early 2021 a joint application was submitted for the land use decision and the construction permit.

Phase 2 – Univerzitní Street
The newly created Univerzitní Street will form a link to the newly built University of Ostrava campus, providing the main transportation access to the new development. The route of the new street is set out in the original investment plans drawn up in 2019 by Dopravoprojekt. It will link the future road junction at Smetanovo náměstí with the junction of Na Karolině Street, after which it will continue onwards to the Triple Hall.

Phase 3 – Smetanovo náměstí
Smetanovo náměstí (Smetana Square) is another element in this major investment project; its appearance will be completely transformed. Besides the addition of new buildings, around 400 metres of the tram line will be relocated northwards, and a public transport interchange (incorporating a number of separate stops) will be created on the site formerly occupied by the tracks. In accordance with the investment plans, a pedestrian island will be built to separate the tracks going in opposite directions. The interchange will also be accessible to cars, but they will not be able to overtake public transport vehicles. The solution will be similar to the tram/car interface on Nádražní Street (from the Elektra stop northwards).

Karolina
Today’s Nová Karolina (New Karolina) quarter was formerly a brownfield, having been the location of the historic Karolina coking plant (established in 1858). After the plant was demolished, the entire area underwent a thorough process of decontamination to remove industrial pollutants, creating a huge development site with an area of around 32 hectares. The site was prepared to enable the construction of a brand-new urban quarter named Nová Karolina. It became the site of the Forum Nová Karolina shopping mall (58 000 m2), a residential complex (with around 1 200 apartments), the Nová Karolina Park office centre (24 724 m2), facilities for sport, entertainment and recreation (8 220 m2), a large underground parking garage, green spaces, and other areas including a new city square, plus new transport infrastructure and leisure facilities.

The project includes plans for the replacement of the Na Karolině Bridge, including the creation of new road junctions at both ends of the structure and a ramp leading down to the parking garage situated under the new square. New parking facilities, pedestrian walkways and other surface areas will also be created.

The winner of the tender to produce an architectural design for the new bridge was the architect Roman Koucký. Following an agreement between the City of Ostrava and the Moravian-Silesian Region (the owner of the bridge), Ostrava’s Municipal Studio for Urban Planning and Architecture (MAPPA) was tasked with drawing up detailed plans for the project. The winner of the subsequent tender was the koucky-arch.cz studio; more details of the plans (in Czech) can be found at https://www.mappaostrava.cz/novy-most-na-karoline. The next step was a round of negotiations between the contracting authority (the investor), the project team and other affected organizations. Detailed investment plans were then complied by Roman Koucký’s studio.

The bridge will link the newly created residential quarter with the University of Ostrava’s new campus. Situated on the very edge of the city’s historic centre, it will create a fully functional transport artery for drivers, cyclists and pedestrians while also fitting into the wider urban structure. It will replace the existing bridge, which is nearing the end of its lifespan and is also excessively wide for the volume of traffic it carries (with four lanes). The new bridge will have two lanes for motor vehicles, plus a separate space for pedestrians and cyclists.

In order to successfully revitalize Ostrava’s historic city centre, it is essential to increase the number of residents living there. The City is currently working on a number of projects to build new residential complexes or reconstruct existing apartment blocks; these will provide around 200 additional apartments. Nové Lauby will be a complex of five interlinked blocks containing a total of 85 apartments and offering 173 parking spaces in its underground garage. See HERE for more information. 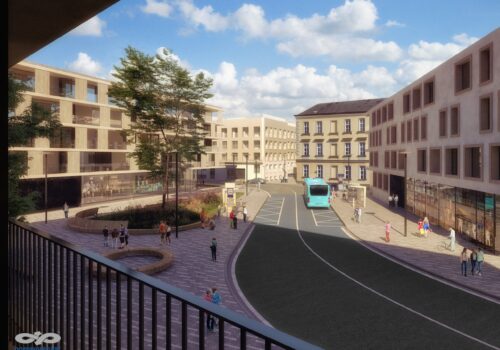 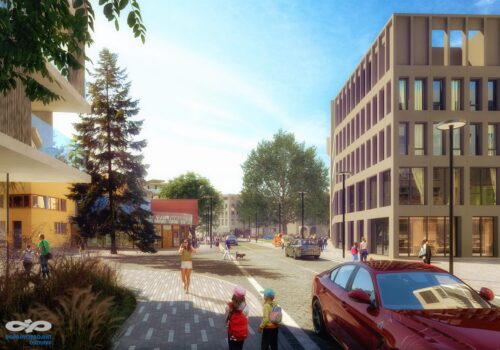 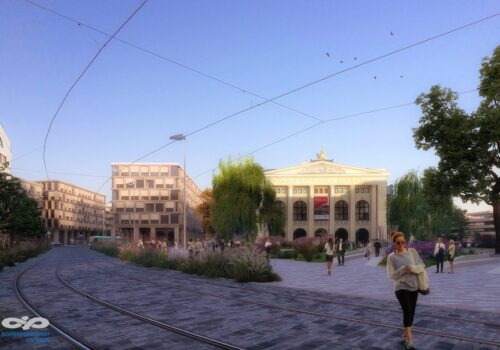 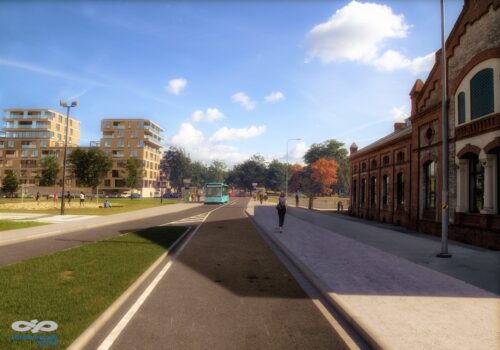 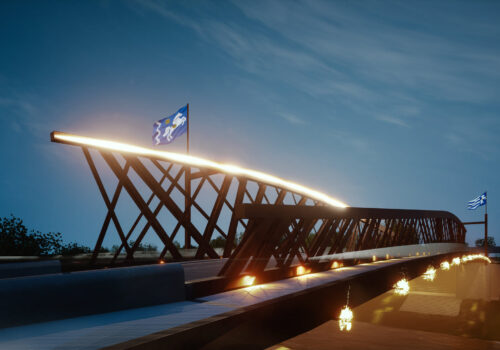 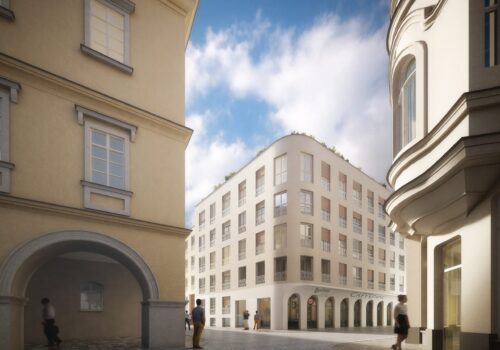