Ostrava will receive over 50 million CZK from EU funds for the Clairo project, which aims to improve air quality. Ostrava is the first ever Czech city to receive a grant from the EU’s Urban Innovative Actions (UIA) programme, a highly prestigious instrument that targets support at the continent’s most innovative regions.

The CLAIRO project (CLear AIR and CLimate Adaptation in Ostrava and other cities) aims to achieve systematic reductions in air pollution by planting appropriate greenery with a proven ability to absorb pollutants from various sources. The project makes use of advanced and innovative calculation methods which are applied to pollution data collected at various locations, taking into account local airflows. Another innovative feature of CLAIRO is its use of special treatment methods to boost the resilience of the greenery.

Ostrava’s partners in the project were the Moravian-Silesian Region, the VŠB-Technical University of Ostrava, the Silesian University in Opava, Palacký University in Olomouc, SOBIC (Smart & Open Base for Innovations in European Cities and Regions) and the Regional Territorial Cooperation Association for Těšín Silesia (RSTS). Selected greenery was planted in Ostrava’s Radvanice and Bartovice districts under the expert supervision of scientists from the Silesian University in Opava. The pollution measurement data was evaluated on an ongoing basis by a team of researchers at the Technical University of Ostrava. The greenery was treated with special solutions developed in cooperation with Palacký University in Olomouc, which will reduce the impact of environmental factors on the plants and generally improve their health.

The first part of the research began in 2019, when scientists from Technical University of Ostrava installed measuring sensors monitoring the air condition at the place of green planting in Radvanice and Bartovice. The sensors measure concentrations of dust particles, ozone and nitrogen oxides online without complicated analysis in the laboratory. The sensors will measure in the localities continuously for almost eight years, thus making it possible to assess how the concentrations of air pollutants have changed before, during and after the planting of new greenery. In addition to the localities in Radvanice and Bartovice, pilot measurements were also taking place in other towns in the Moravian-Silesian Region (Třinec, Opava, Frýdek-Místek, Karviná, Havířov and Rychvald).

Based on data obtained from continuous measurements and meteorological parameters, models were created for capturing air pollutants for existing vegetation and newly designed greenery. According to the results of measurements, scientists from the Silesian University in Opava selected species that are more resistant and able to capture more dust particles in the long run. During April 2021, 442 new trees, 1 867 shrubs and 14 700 m2 of lawn were planted in the Radvanice and Bartovice.

In addition to the detection of pollutants, the researchers also monitored the reaction of greenery to experimental treatment developed by researchers from Palacký University in Olomouc. Researchers believe that it will increase plant resilience and dust retention. Thanks to the application of a treatment product containing biostimulants, anti-stress substances and seaweed extract, they can monitor how the plants manage to overcome the negative effects of the external environment, especially drying out or significant temperature fluctuations. The researchers assume that the trees and shrubs will be in better health after application of the treatment, will be better photosynthetic and will form a denser and better leaf area. These factors will subsequently have a positive effect on the capture of air pollutants.

What are the outputs of the project?

The researchers summarized the basic principles of the research in the so-called Innovative Green Design. This, together with other materials, was reflected in the methodology, a publication, which included details on measurement, the capture of pollutants and planting of greenery. The methodology is one of the main outputs of the project and serves as a “guide” for planting greenery in cities. In addition to the methodology, the researchers were also working on a database of tree species with a demonstrable impact on reducing air pollution, which can help cities and municipalities to select the most suitable plants for planting in an emission-laden environment.

Another important aspect of the project is awareness-raising, citizen involvement and dissemination of know-how. SOBIC and RSTS prepared a STUDY dealing with the public’s relationship to the atmosphere and urban greenery, in which more than 1,200 respondents participated. During April 2021, several webinars were held for the public and high schools. In the last year of implementation, Ostrava organized workshops for experts and city representatives in cooperation with project partners and organized an online conference CLAIRO conference: Livable and climate resilient European cities.

The budget of the CLAIRO project will be approximately 65 million CZK, of which EU funding will make up 52.7 million CZK. 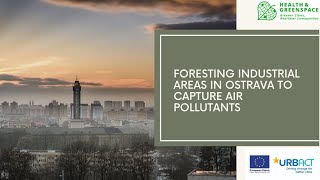 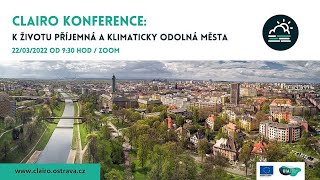 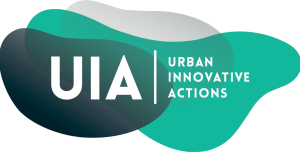