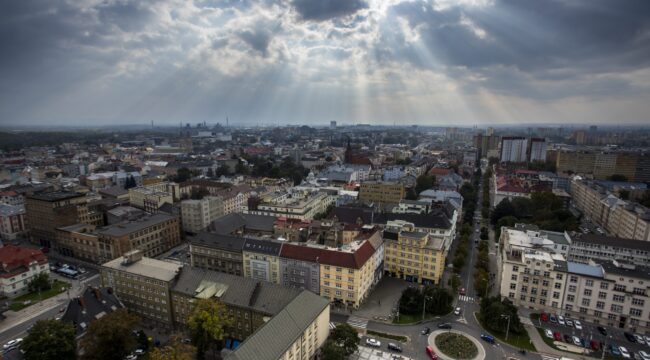 Ostrava will substantially reduce its CO2 output by 2030

At its February session, Ostrava’s City Assembly approved the City’s commitment to achieve a 55% reduction in its carbon dioxide production by 2030 in relation to the 2000 baseline figure. The Assembly also approved the City’s Sustainable Energy and Climate Action Plan (SECAP) 2030, which sets out a range of measures that will enable this goal to be achieved.

Since 2011, the City has been a member of the Covenant of Mayors, an international grouping of local and regional government bodies. Originally a European initiative, the Covenant has now grown into a global platform, whose signatories have voluntarily committed to reduce their cities’ negative impacts on our planet’s climate. The main goals involve reductions in atmospheric carbon dioxide (CO2) emissions. This year, members of the Covenant agreed to achieve a 55% reduction in CO2 production by 2030 in comparison with the 1990 level; this is in accordance with the European Union’s long-term goals.

Ostrava’s Mayor Tomáš Macura gave more details: “Ostrava was the first Czech city to join the Covenant. As part of our membership, the City Assembly committed to reducing CO2 emissions by 20% in the period up to 2030 compared with a 2000 baseline figure. Now, reviewing our results up to 2020, we can see that we have achieved almost double the reduction that we originally set out to achieve: from 2000 to 2020, Ostrava’s CO2 production fell by 37.9%. Our new goal is ambitious, yet it’s also realistic, and above all, it’s the right thing to do: we have committed to cut our total CO2 output by 55%, which is the figure recommended by the Covenant. For many years we have been collaborating with various partners in Ostrava to implement measures that improve energy efficiency: we use renewable energy resources, we support clean mobility, and we’re involved in numerous ‘green projects’ to revitalize parks and public greenery.”

All the City’s key CO2 reduction measures have been incorporated into its Strategic Plan (presented to the public under the “fajnOVA” brand), as well as in its Adaptation Strategy. The projects implemented for this purpose are worth almost 4 billion CZK. They include energy-saving projects (insulation in municipal buildings, smart solutions), the introduction of zero-emissions and low-emissions public transport vehicles (trams, CNG buses, trolleybuses) as well as municipal vehicles using alternative energy sources (electric vehicles, CNG), the creation of charging points for electric vehicles, and the modernization of tram routes (including the addition of special pollutant-absorbing greenery to the tracks). The City has offered subsidies to support the installation of heat pumps and solar panels, as well as converting numerous boilers to use more eco-friendly fuels rather than burning coal. Cycle transport has been supported by creating new cycle routes and co-funding a bikesharing scheme. Many of Ostrava’s parks and other areas of greenery have undergone (and are undergoing) revitalization, and new flowerbeds simulating natural plant communities are being planted across the entire city; these elements in the urban landscape are very effective at reducing air temperatures, thus reducing the need to operate air conditioning systems at full power – which in turn reduces electricity consumption.

The data on the almost 40% CO2 reduction achieved in the first two decades of this century are taken from a monitoring report which Ostrava is now publishing in conjunction with its new Sustainable Energy and Climate Action Plan (SECAP). This document presents the results of the monitoring process that assesses success in the implementation of the SECAP. It also contains recommendations for new measures which will contribute to further CO2 reductions in various areas of activity.

The new proposals include measures related to public and municipal buildings, involving thermal insulation, energy-efficient lighting, and improvements to heating systems. A major contribution to greenhouse gas emissions will come from the shift away from coal as an energy source for Ostrava’s centralized heat distribution system; coal-fired boilers will be phased out completely by 2030. Changes will also affect transportation and traffic – including support for cycle transport and pedestrian infrastructure, the introduction of hydrogen-fuelled buses, the construction of a hydrogen filling station and a range of other projects that will help the City achieve its new targets. A further contribution will be made by the use of renewable energy sources harnessed by the installation of solar panels on municipal buildings, as well as a number of adaptation measures to be implemented within the city. The local community will also play a hugely important role – e.g. in reconstructing houses and apartment blocks to maximize energy efficiency, modernizing household heating sources, and other activities.