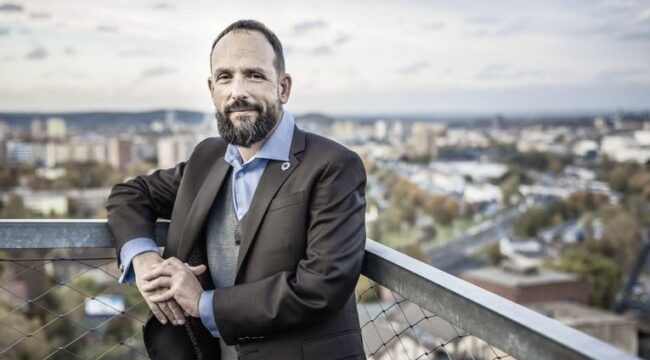 It’s all about quality of life (even the architecture competitions!)

The interview with the MayorTomáš Macura. It was done by Robert McLean – the publisher of The Prime magazine at MIPIM. Tomáš Macura is speaking about Ostrava and its reputation as a progressive city.

When I first interviewed you at MIPIM, you thought you’d only be in office for four years.

Yes, but one term isn’t long enough to move the rudder of the city in some fundamental way. It’s not like in the corporate sphere, where four years is quite a long time.

It’s the blink of an eye in the life of a city.

And I’m now at a point where my second term is coming to an end and I’m really trying to decide what’s next. Two-thirds of my second term were impacted by Covid, now the Ukrainian crisis. That means that we had entirely different priorities and. like it or not, we couldn’t spend the energy on a whole range of projects. And now the prices for all of the projects we planned are rising.

It’s not as if you haven’t achieved anything. When I speak with investors and developers that Ostrava has established a reputation as a progressive city.

I’m not saying we haven’t accomplished anything. But I’m always my biggest critic. I’m pleased that we managed to put together a team of people that really give everything for the city. That they’re not just politicians who are just carrying out classic political agendas. We all care about the development of the city. And it’s a joy to work with such people.

What have your priorities been and what are your benchmarks for success?

When we speak with people and ask them what’s important to them, they say they want a future in the city. They want a clean environment, quality public space, quality schools, housing and so on. This is a given in other cities, but it wasn’t for us. It wasn’t a priority before. And when we say publicly what our goals are and that they’re important to us, people listen, and they support us.

One of your goals appears to be to improve the quality of architecture in the city. That seems to be the message behind the architectural competitions you’re holding. Why is that so important?

The concert hall wasn’t my idea or my colleagues’. Ostrava competed for the European capital of culture in 2015 and the concert hall was part of the concept. In fact, Ostrava has been trying to build a concert hall for 160 years. During that time there were six attempts, but they all failed. We think the seventh one will be successful.