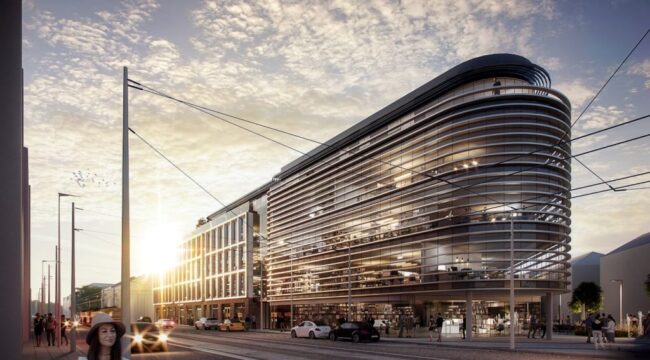 The City of Ostrava has received an offer from an investor and is now launching negotiations on a potential contract to sell a building plot situated in the Přívoz district, between Macharova and Nádražní Streets. At present the vacant lot is partially used as a car parking area, but if the sale goes through as planned it will undergo a major transformation. The investor plans to build a polyfunctional building to be called the “Sitte Palace”. The building has been designed by the renowned Bogle Architects studio. The land is located within Ostrava’s central urban heritage zone, near the boundary between the Přívoz district the city’s central district (Moravská Ostrava) in the vicinity of Přívoz’s main square (Náměstí Svatopluka Čecha).

Ostrava’s Mayor Tomáš Macura gave more details: “The site occupies a lucrative location that offers great potential; the surrounding area bears the imprint of the renowned Viennese architect Camillo Sitte, making it a location of great historical and architectural importance. However, at the same time it is a part of Ostrava that has been somewhat marginalized over many years, for a range of reasons. Nevertheless, it holds huge potential, and in recent years many of the historic buildings in Přívoz have been renovated and restored to their former glory. The plans for a high-quality new building on this site represent a further contribution to this ongoing revitalization, providing new facilities and encouraging people to become residents in the district. We are now launching negotiations with the investor to finalize the terms and conditions of the contract. I expect to be able to submit the resulting document to the City Assembly for approval in April or May of this year.”

At its second session in February of this year, the City Council assessed the results of the City’s public call for bids and development proposals, and decided to launch negotiations with the developer NIRA s. r. o. The company already owns some of the neighbouring land, and it intends to consolidate the plots and develop the entire site. The investor has offered 2 760 000 CZK (excl. VAT) for the site, which covers an area of 1305 m2; this bid price is slightly higher than the expert valuation. City representatives will now discuss details relating to the implementation of the investor’s plans, define the contractual terms and conditions, and seek agreement on a timeline for the implementation. If the City and the investor agree on the details, the decision on whether to approve the eventual sale of the land will rest with the City Assembly. 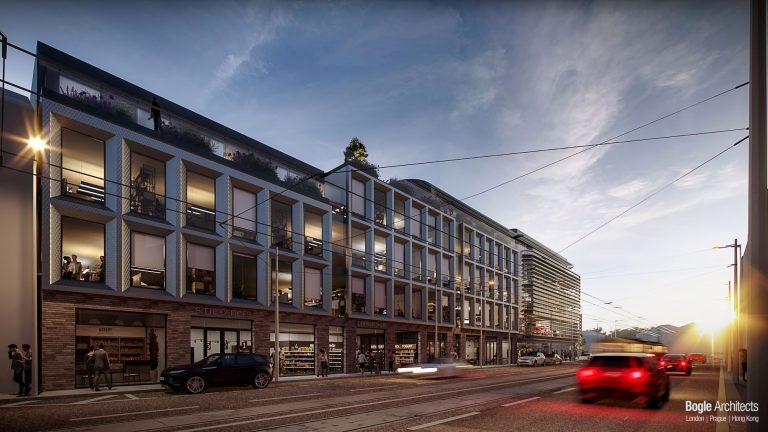 The investor has outlined its intention to build a high-quality multi-storey structure close to Ostrava’s central district. The building will be polyfunctional, thus expanding the range of residential, commercial and office premises in the vicinity. The proposed design is in harmony with the surrounding buildings in both its overall scale and its individual proportions. It is appropriate for its prominent position on a corner site located within an urban heritage zone – a site that marks the gateway into the historic Přívoz district when approaching from the city centre. The site occupies a strategic location within the urban structure; as such, an important role has been played by the internationally renowned studio Bogle Architects, guaranteeing the high quality of the design – which will be fully in keeping with its surroundings as well as including elements of green-blue infrastructure.

Miroslav Obernauer, the co-founder and legal representative of NIRA, commented on the company’s plans: “We are well aware of the historical importance of the site, and we appreciate its strategic location within the wider urban fabric, occupying a key position between Macharova Street and Nádražní Street. That’s why when working on the Sitte Palace project we decided to join forces with a team of top-class architects who can call on many years’ experience of revitalizing similar urban locations throughout the world. We strongly believe that Ostrava deserves excellent architecture, and we are keenly aware of the importance of this particular site – so our aim is to create a building that will act as a worthy gateway to the historic Přívoz district when approaching it from Ostrava’s city centre.”

The building will have two underground levels and four full-size above-ground floors plus a recessed top level. The ground floor will contain commercial premises: a café, a restaurant/snack bar, a grocery store, other shops, entrances and communal areas for the residential part (including storage areas for bikes and prams). There will be office premises facing onto Nádražní Street, with residential units facing onto Macharova Street. The offices and residential parts of the site will be kept completely separate from each other. The underground part of the building will contain a parking garage, storage spaces and technical/utility areas. The Nádražní Street façade is vertically segmented into several sections, while the façade along Macharova Street will feature traditional open brickwork surfaces. The entire building will offer barrier-free access. 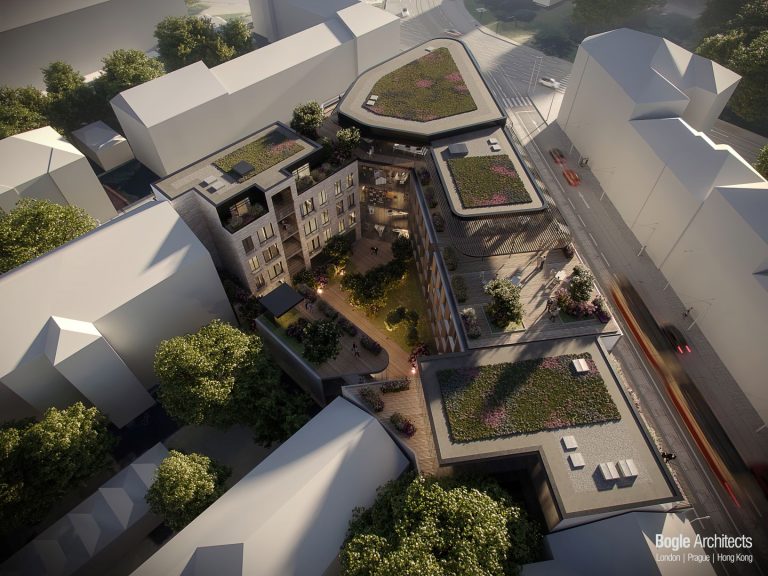 Bogle Architects has been operating in Prague since 2007, and it also has studios in London and Hong Kong. It has been responsible for numerous successful developments throughout the world, including innovative concepts for schools and residential projects. Bogle architects is also the designer of the “Rezidence Stodolní” complex in Ostrava’s city centre (for more details see https://www.ostrava.cz/cs/o-meste/aktualne/soukromy-investor-projevil-zajem-o-201erezidenci-stodolni).

Ostrava’s City Assembly approved the plans to sell the land at its session in October 2021. Interested parties had until 14 January 2022 to submit their proposals and bids. The City received one offer, from NIRA s. r. o., which was assessed and deemed to meet all the stipulated conditions.